Happy New Year to one and all. But does a New Year automatically mean a “New You”? Or will the 2016 version suffice? Maybe you’re happy with your life and career at present and if so, that’s fantastic. But maybe, deep down there are things you’d like to change and perhaps you’re not all that satisfied with your lot?

Around this time each year we’re bombarded with advertising telling us how to be healthier, wealthier and perhaps a little wiser in the coming 12 months. Supermarkets that were filled with chocolates, cakes and mince pies only days ago are now stocked with fruit, health bars, energy drinks, yoga mats and nutribullets in the race to capitalise on our notional aspirations for a healthier and more active year ahead. January is the month when everyone collectively dusts off the cobwebs and does a little spring cleaning in their lives. New Years resolutions are made (and broken) and we make promises that we’ll be an even better version of ourselves as the year progresses. It’s the time of year for dreaming of success (whatever that might represent) and changing your habits to achieve it. But in the rush to achieve success in every aspect of our lives, for some people, their careers take a back seat and they stall on making the more difficult decisions which will directly impact their daily working lives.

So as you look ahead to the next 12 months, how’s your career shaping up? Are you “flying fit” or lagging behind? Perhaps you’re somewhere in between? Is this your opportunity to transform your career and lifestyle choices? Will you take up a new hobby? Will you exercise more regularly? Will you stop wishing for a change of job or career direction and proactively do something about it? Or will you slip back into the same old habits that tied you down last year? For many people change of any description is difficult, disruptive and it requires action. Sometimes it’s just easier to accept what you have and to continue plodding along rather than confront your real fears and the obstacles you’ve placed in front of you. I call this “breaking the wall”. Before we go any further, let me tell you about my “wall”.

I was never someone you would have described as athletic, more prone to slouching on the couch watching TV than to get up and go for a run. I never seemed to have much energy and felt generally tired and lethargic a lot of the time. But I decided that I wasn’t happy to continue living my life like that. So I decided that I was going to run my first marathon back in 2014. It was a milestone year, I was hitting the big Four Zero and nothing was going to hold me back. I researched online the best training plan for a novice and had my training schedule mapped out for 18 weeks prior to the race. I trained conscientiously from New Years day onward and the miles clocked up before tapering off two weeks prior to the run. Standing on the start line before that first marathon, my stomach was doing somersaults in nervous yet excited anticipation of the 26.2 miles ahead. 18 weeks of preparation had my body physically ready for the endurance test, but was I mentally ready?

I’d heard about this infamous “Wall” that a lot of marathon runners hit after the 20 mile mark and I was concerned about how I’d respond. After all of the hours I’d spent training and the sacrifices required to commit to the programme, I would be devastated if I had to pull up at the 20 mile mark or worse still abandon the race altogether. The voices of reason and doubt were already doing battle in my head and I longed for that inner voice of calm to descend and reassure me that I’d be okay.

The race commenced and I puffed out my chest, gritted my teeth and trotted those first few steps over the start line to the sound of my timing chip bleeping in unison with thousands of others. The first 5 miles were relatively comfortable, I managed to regulate my breathing, resisted the temptation to fly out of the blocks at an unsustainable pace and felt very much at ease. After 10 miles, I still felt comfortable, I’d gotten my “second wind” and was beginning to feel invincible. I kept reminding myself at each mile marker that I was one mile closer to the finish and achieving my objective. After 15 miles I reached a bit of a climb as the gradient of the route took an upwards trajectory and I could feel my calves and quads burning ever so slightly as I made my way up the incline. Still I’d trained for this and had completed several hill runs of my own during the training programme, so this was nothing that I couldn’t handle…….or so I thought.

Coming into mile 18, everything was on fire, my quads felt as though there were burning coals just beneath the skin, my breathing was becoming more laboured and each step now required maximum effort just to keep putting one foot in front of the other. What seemed just a few miles previously to be a doddle had become this enormous struggle. Mentally and physically shattered, I had to stop but committed to choosing my moment when I came to a water station. By the 19th mile I was doubled over, desperately pleading with my legs to just keep doing what they were supposed to. By this point I’d consumed far too much water and energy drink too quickly and the searing pain in my quads, hips and groin was now joined by cramping in my stomach. I’d hit the “wall” and it looked as though my race was run. A St. John’s Ambulance assistant came running over with a genuine look of concern and I just about managed the words “I’m Ok” before hobbling on.

The next 3 miles were a combination of jogging, stopping, walking and stopping again. I gave up all hope of running a sub four hour marathon when the pace setter sailed by with a group of runners chatting breezily as if they were out for a Sunday stroll. I gazed ahead to see if I could spot the finish line which in hindsight was ridiculous as I still had another 4 miles to go. About a mile from the end, as the race reached it’s concluding stages, the number of bystanders and spectators lining the streets began to grow and I took some comfort from their words of encouragement as I neared the finish line. Recognising the faces of friends and people I knew and fueled by a desire not to be shown up for the total failure that I felt at that very moment, I started into a gallop/sprint as I could see the timing clock up ahead.

I overtook as many people as I could in those last few metres and sprinted like Usain Bolt for the finish line. Tired and sore, I collected my finishers medal and gulped water while waiting to meet my family. There is nothing quite like the rush of adrenalin and endorphins through your body post a marathon and the euphoric state lasted for a good few hours afterwards. I’d completed what I’d set out to do and whilst it wasn’t a record time, the satisfaction of knowing that I’d done it was more rewarding than the medal that now hung around my neck. Although I’d hit the “wall”, I hadn’t quit or given up but instead found the reserves of energy and strength to just keep going.

So as you enter a new year in 2017, do you feel like your career has hit a wall? Is there a mental obstacle in your way preventing you from progressing? What steps have you taken to address this so far? Could you use some help to get around it? Have you set out your goals for the year ahead and established what you want out of your career/life? What changes are you planning to make that will allow you to achieve them? If there’s an opportunity to change your job or get that promotion you’ve been seeking, how prepared are you and what steps have you put in place to ensure your success?

Writing out your plans for the coming year is an essential part of your annual spring clean. But planning for success without implementing the correct or appropriate actions to follow through is pointless. You need to have a plan but you more importantly need to know the steps you’ll need to take to achieve your objective. What’s helpful in this scenario is speaking with a career expert, someone who can advise and guide you through the most difficult part of the process and help you to execute your plan, whatever that might be. Sometimes a brainstorming session of 20 minutes with an independent third party is all the spark you need to get around whatever obstacles are in your way.

So why limit yourself to the 2016 version of your job or career? If you really want to break down your career walls, contact Gerard at Campbell Rochford today and together we’ll prepare you for the next challenge that lies ahead.

2 thoughts on “Breaking The Wall – Why January is the perfect time to create a “New You”.”

How to avoid mis-hires in Insurance. 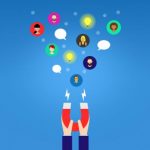 Hiring & Retaining The Best Talent in Insurance – A Recruiter’s Perspective!

With over twenty year’s Insurance recruitment experience, I have witnessed first-hand several significant changes that have impacted the industry’s ability to hire and retain good

The Art of Virtual Onboarding in the Insurance market.

Hiring and onboarding a new employee is an important piece of the recruitment process for any insurance company. A new hire is never more vulnerable